Almost exactly one year ago, KrebsOnSecurity reported that a mere two hours of searching revealed more than 100 Facebook groups with some 300,000 members openly advertising services to support all types of cybercrime, including spam, credit card fraud and identity theft. Facebook responded by deleting those groups. Last week, a similar analysis led to the takedown of 74 cybercrime groups operating openly on Facebook with more than 385,000 members.

Researchers at Cisco Talos discovered the groups using the same sophisticated methods I employed last year — running a search on Facebook.com for terms unambiguously tied to fraud, such as “spam” and “phishing.” Talos said most of the groups were less than a year old, and that Facebook deleted the groups after being notified by Cisco.

Talos also re-confirmed my findings that Facebook still generally ignores individual abuse reports about groups that supposedly violate its ‘community standards,’ which specifically forbid the types of activity espoused by the groups that Talos flagged.

“Talos initially attempted to take down these groups individually through Facebook’s abuse reporting functionality,” the researchers found. “While some groups were removed immediately, other groups only had specific posts removed.”

But Facebook deleted all offending groups after researchers told Facebook’s security team they were going to publish their findings.  This is precisely what I experienced a year ago.

Not long after Facebook deleted most of the 120 cybercrime groups I reported to it back in April 2018, many of the groups began reemerging elsewhere on the social network under similar names with the same members.

Instead of reporting those emergent groups directly to people at Facebook’s public relations arm — something most mere mortals aren’t able to do — KrebsOnSecurity decided to report the re-offenders via Facebook’s regular abuse reporting procedures.

What did we find? KrebsOnSecurity received a series of replies saying that Facebook had reviewed my reports but that none of the groups were found to have violated its standards. KrebsOnSecurity later found that reporting the abusive Facebook groups to a quarter-million followers on Twitter was the fastest way to get them disabled.

How else have Facebook’s public statements about its supposed commitment to security and privacy been undermined by pesky facts over the past few weeks?

Once again, that old adage applies: If you can’t quite figure out how you’re the customer in a given online relationship, that’s probably because you’re best described as the product being sold to others.

I long ago stopped providing personal information via any Facebook account. But for my part, there remain probably three big reasons why I’m still on Facebook.

For better or worse, a great many sources choose to share important information this way. Also, sometimes Facebook is the fastest way to find a potential source and get their attention.

Secondly, many people unfortunately still get much of their news from Facebook and prefer to be notified about new stories this way.

I would probably never delete my Facebook account, for the same reason I wouldn’t voluntarily delete my accounts from various cybercrime forums: For my part, the potential benefits of being there outweigh the potential risks. Then again, I am likely far from your typical Facebook (ab)user.

But what about you, Dear Reader? How does your Facebook cost/benefit analysis break down? Have any of the recent or not-so-recent Facebook scandals prompted you to delete your account, or to heavily restrict what types of information you store on the social network or make available to others? Sound off in the comments below.

This article originally appeared on Krebsonsecurity.com 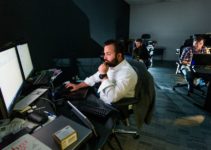