Three users of the Facebook Messenger app sued Facebook on Tuesday, saying the social network violated their privacy by collecting logs of their phone calls and text messages, in the latest legal challenge facing the company.

The U.S. lawsuit filed in federal court in the Northern District of California seeks status as a class action on behalf of all affected users and asks for unspecified damages.

Facebook, which is reeling from a scandal over its handling of personal data, on Sunday acknowledged that it had been logging some users’ call and text history but said it had done so only when users of the Android operating system had opted in.

Facebook said on Sunday that it does not collect the content of calls or text messages, and that information is securely stored. The data is not sold to third parties, it said.

Android is owned by Alphabet Inc’s Google (GOOGL.O), which is not named as a defendant in the suit.

This article originally appearead on Reuters 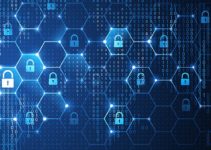