Introduction: what we learned in 2017

In 2017, the ransomware threat suddenly and spectacularly evolved. Three unprecedented outbreaks transformed the landscape for ransomware, probably forever. The attacks targeted businesses and used worms and recently leaked exploits to self-propagate, encrypting data and demanding a ransom they didn’t really want. The perpetrators of these attacks are unlikely to be the common thieves usually lurking behind ransomware. At least one of the attacks carried flaws that suggest it may have been released too soon, another spread via compromised business software, two are related and the two biggest appear to have been designed for data destruction. The cost to victims of these three attacks is already running into hundreds of millions of dollars.

Welcome to ransomware in 2017 – the year global enterprises and industrial systems were added to the ever-growing list of victims, and targeted attackers started taking a serious interest in the threat. It was also a year of consistently high attack numbers, but limited innovation.

This short paper highlights some of the key moments.

The massive outbreaks that were not all they seemed

It all started on May 12, when the security community observed something it hadn’t seen for almost a decade: a cyberattack with a worm that spread uncontrollably. On this occasion the worm was designed to install the WannaCry crypto-ransomware on infected machines.

The WannaCry epidemic affected hundreds of thousands of computers around the globe. To propagate, the worm used an exploit dubbed EternalBlue and a backdoor DoublePulsar, both of which had been made public by the Shadow Brokers group a month prior to the outbreak. The worm automatically targeted all computers sharing the same local subnet as the infected machine, as well as random IP ranges outside the local network – spreading it rapidly across the world. 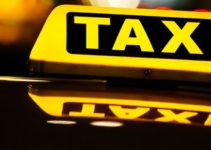