Tether, a start-up that offers dollar-backed digital tokens, claimed Monday that its systems had been hacked, according to cryptocurrency news site CoinDesk.

Tether reportedly claimed $30.95 million worth of its tokens had been stolen.

According to a now deleted post on its website, Tether said a “malicious action by an external attacker” resulted in the theft of the tokens, CoinDesk said.

In the removed post, Tether said it was in the process of attempting token recovery to prevent them from entering the broader cryptocurrency market.

The start-up said it would do so by temporarily suspending its back-end wallet service and also provide updated software to stop the stolen coins from moving from the attacker’s address.

Some suggested that the hack news may have been connected to some extreme volatility exhibited by bitcoin Monday evening ET, which saw the asset fall roughly $430 from $8,250 in about an hour and a half.

On its website, Tether claims that its tokens are backed by fiat money that prevents the volatility usually seen in cryptocurrencies. Tether said its tokens are supported by the dollar, euro, and “soon Japanese yen.”

Its tokens can be stored, sent and received across a blockchain and can be redeemed for cash, according to the company.

Read the full story from CoinDesk about the the Tether hack here. 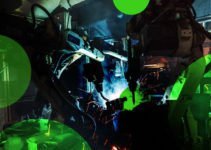