Home
News
China Tests the Limits of Its US Hacking Truce
Tags: Cybercrime 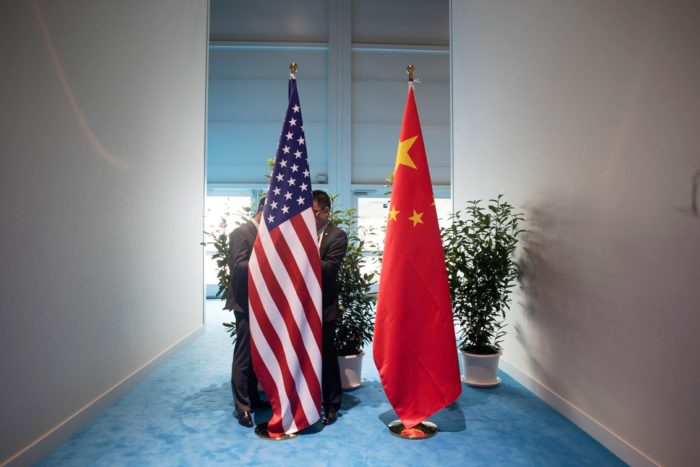 For the last two years, America’s cybersecurity relationship with China has been held up as a triumph of digital diplomacy: Since the two countries signed an agreement not to hack each others’ private sector companies for commercial gain in late 2015, that pact has come to represent one of the most effective demonstrations in history of government negotiation to curtail state-sponsored cyberspying.

Yet under the surface of that deal, cybersecurity researchers suspect China’s intrusions of American companies continue—including one recent, brazen breach that used a backdoor in the popular CCleaner security to target US companies including Google, Microsoft, Intel and VMware, and left behind a few tell-tale indicators of Chinese involvement. And other researchers say they’ve seen signs of earlier Chinese intrusions designed to siphon exactly the sort of corporate intel the US-China cybersecurity agreement was meant to protect.

Earlier this month, the Trump administration’s Department of Justice and its Chinese counterparts agreed to formally reaffirm that agreement, renewing its promises for years to come. Whatever holes have appeared in the US-China hacking détente, a White House that otherwise wants to erase all sign of the previous administration believes it’s worth maintaining. All of which makes China’s behavior over the last two years—toeing the furthest edge of the agreement’s red line and occasionally crossing it entirely—a case study in the power and limits of diplomacy when applied to curbing secret, deniable, and often invisible digital misbehavior.

“The total threat from China didn’t decrease, it just changed shape” in the two years since America’s cybersecurity agreement with China was first signed, says Chris Porter, the chief intelligence strategist for security firm FireEye, which has closely tracked Chinese hacking activity. For the most part, he says he’s seen China’s hacking groups shift their targeting to their own region, and move from pillaging US companies for intellectual property theft to a focus on traditional government-focused espionage, which falls outside the agreement’s tightly defined ban on hacking foreign companies to give domestic companies a business advantage.

“They’ve been careful to go after targets where you can’t clearly say what they’re taking, or where they can defend what they’re taking as permissible” under the agreement’s exceptions for traditional security-focused espionage, says Porter. “These groups are still taking data they can when they feel it won’t be held against them diplomatically.”

But China’s strategy—essentially doing everything it can get away with under the agreement-—isn’t limited to merely hacking American government targets in its recent spying campaigns. In the CCleaner attack that was uncovered in September, for instance, hackers used a backdoor in a popular security tool distributed by the security firm Avast to infect hundreds of thousands of computers, and tried to use that infection to plant malware on computers at 18 specific tech firms, according to researchers at Cisco’s Talos security division. They successfully planted that second, more targeted payload on machines owned by American companies including Intel, VMware, and DNS provider Dyn, among a longer list of largely Asian companies.