The UK is among the European countries that are most prepared for cyber attack, but there is room for improvement by all, a report has revealed.

Topping the list of most prepared European Union (EU) nations is the Netherlands, with an overall cyber attack preparedness rating of 60%, according to a report by Website Builder Expert(WBE).

The overall scores are an average of the cyber security commitment rating and pecentage of protected internet connections for each country.

Although being rated at the most prepared, the Netherlands is second only to Romania in terms of its cyber crime “victimhood” rating of 21%, compared with Romania’s 23%. The Netherlands is followed by Portugal (20%), Poland (20%) and Italy (19%). 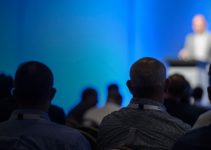